It's been a couple years plus since I've added the easel to the mix, but I thought I'd update my workspace picture. I've had the easel since the early 80's and it was given to me by an artist friend who'd had it nearly 50, so it has some history. I've modified it slightly. There were two metal spikes that held the canvas in place. Onto these I impaled blocks made from cut erasers so holes would not be made in the sides of the canvas/painting. As framing is no longer a requisite when displaying paintings, this adjustment was necessary. This has worked well. Where Original Jones Art comes to light and hopefully to life in northwest Austin, Texas.

Artwork For Sale by Artist

This image is not for sale. 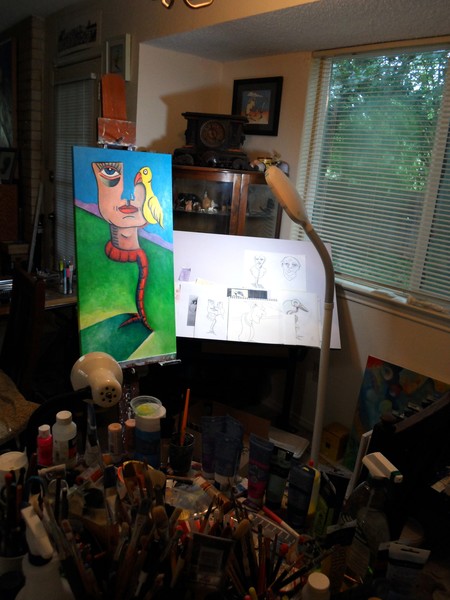